I worked hard to convince my consultant that I knew what I was capable of this time round. Determined and backed up the knowledge I’ve gained from my Gentlebirth training as well as being kept totally chilled and focused by the tracks on the Gentlebirth app, I sat, expanding by the day in the sweltering heatwave. Braxton Hicks came and went as did my “guess date of July 1 and still no sign that show time was near. At 40+5 and a hot mess, even breastfeeding Starfish wasn’t enough to kickstart things. I did think a few times that the crampy pressure I felt might be something and not to put too fine a point on it, I was so hot that at times I thought that maybe my waters had broken! But as my lovely cousin (a newly qualified midwife) jovially pointed out to me, if I could talk through the surges, they were not the real deal yet!

A scan with my consultant confirmed that everything was going well and that Chickpea who had previously been breech was now in the correct position so it was agreed I would relax until 41 +3 (as much as I could with massively swollen feet and a bump so big that the pressure on my back and the sheer weight of everything meant I could no longer straighten up. At 41+3 when nothing had happened of its own accord I went in for induction, armed with my trusty CUB chair and Gentlebirth app. I was admitted and given dinner almost immediately, very impressed as I had been too sick to eat anything for most of the day. Not because of any aniety about the delivery but rather heartbreak at leaving Starfish overnight and potentially for a few days, for the first time ever.

Not long after dinner the duty doctor came to examine me and begin induction. She broke the news that my “big baby” was still very high and my cervix was “clamped shut”. She also said that Chickpea was very comfortable and could potentially stay put for another 10+ days! Not the news I wanted to hear. She explained that she felt my chances of a successful induction were very low and she also expressed concern that Chickpea’s size could cause issues. Now the size issue did not phase me in the slightest because the Gentlebirth affirmation “My baby is the perfect size for my body” had served me very well throughout pregnancy and I knew when she was able to grow to whatever size she was, she’d get out. I also took a lot of comfort from my supposedly “big baby” because I knew she’d have to be strong enough to contend with her big and bullishly strong big brother. 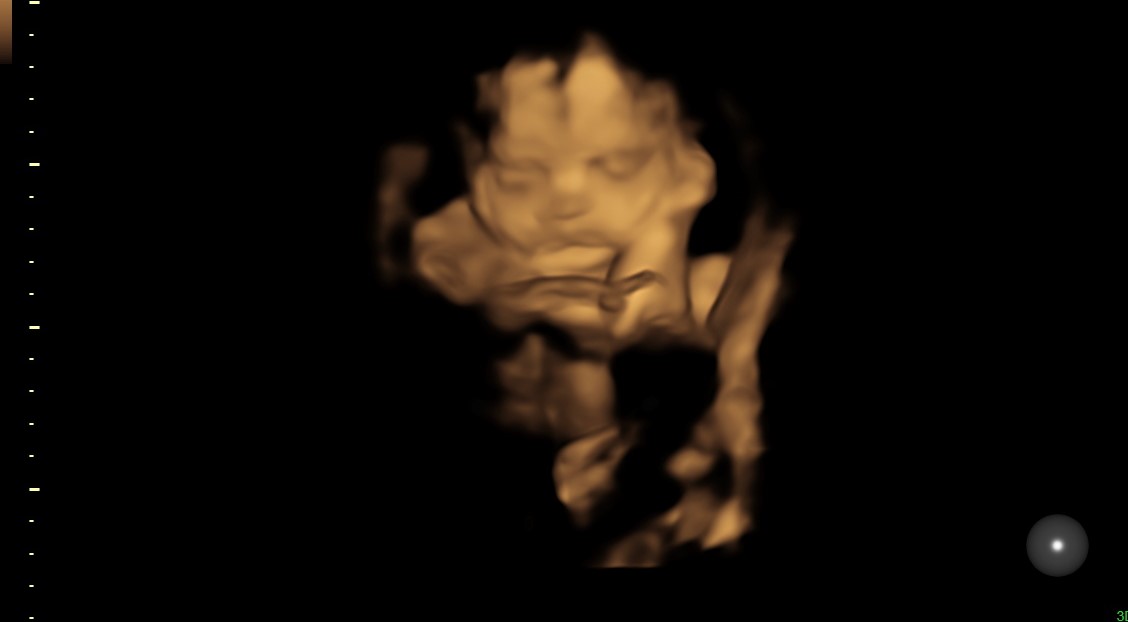 n I would not be conscious to see Chickpea enter the world. I expressed this to the doctor and she said honestly, in her opinion this is what she believed would happen. She said she is normally very pro VBAC and if I had successfully laboured at all in the past or was even partially dilated she would move heaven and earth to make it work for me. When I asked the direct question; what’s your advice? She said that she felt a c section was the best way to go.

Feeling initially deflated, I looked at hubby for some guidance and said I needed a bit more time to think about it all, which she was more than happy to give me. Getting down off the bed to go back to my room, sticky from the insane heat and completely immobilised by my massive bump, my back and knees ached from the extra weight and in that moment I knew I couldn’t last possibly another 10 days. I decided then that a planned c section was right thing for me. It was agreed that I’d go to theatre first thing the next morning. Me being the stubborn soul I am though I hatched a plan in my head that I would use my Gentlebirth tracks and CUB as much as possible overnight and move around to try and coax Chickpea out of her comfortable cocoon of calm.

So off I went back to my room to chill out with a bag of fruit gums; and proceeded to break my wisdom tooth on said sweets. Only I could do that eh? When would I get to a dentist? I was going to be pretty busy the next day and the following day, July 12 was a bank holiday in Northern Ireland! Bravo me, bravo…..